Trump acquitted of both charges in Senate impeachment trial 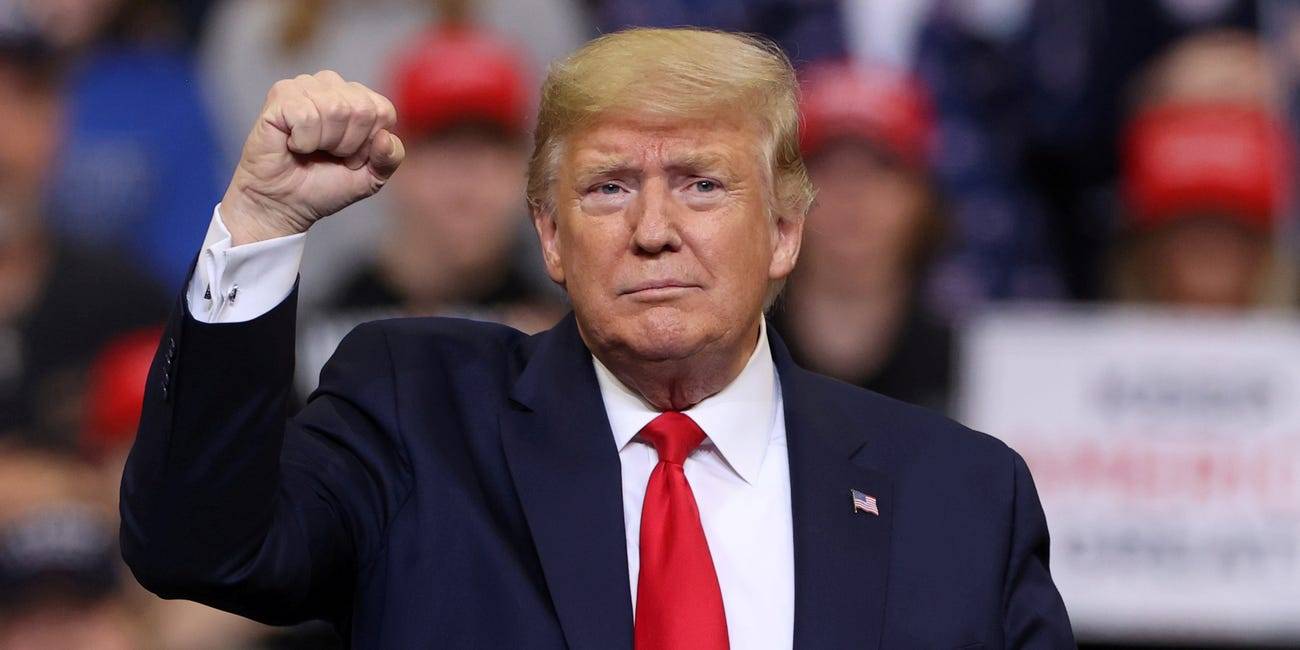 - The acquittal vote was the final step in a two-week trial marked by impassioned arguments from House Democrats that President Trump was a danger to the nation, and stalwart support from Senate Republicans.

- Sen. Mitt Romney, who delivered a searing condemnation of the president’s actions earlier in the day on the floor of the Senate, broke with his party to vote to convict Trump for abuse of power.

- Trump was accused of abusing his power by pressuring Ukraine to announce a probe into former Vice President Joe Biden and his son Hunter.

The president was also impeached on the charge of obstruction of Congress, in which all 53 Republicans found him not guilty and the remaining 47 senators voted to convict.

Sen. Mitt Romney, R-Utah, who delivered a searing condemnation of the president’s actions earlier in the day on the floor of the Senate, broke with his party to vote to convict Trump on the abuse of power count.

After Chief Justice of the Supreme Court John Roberts announced the outcome of both articles, Senate Majority Leader Mitch McConnell thanked Roberts for his “clear head, steady hand and the forbearance that this rare occasion demands.”

Roberts, in his final remarks before the trial officially adjourned, said that he leaves the chamber “with sincere good wishes as we carry out our common commitment to the Constitution through the distinct roles assigned to us by that charter.”

Trump later tweeted that he would make a statement regarding his acquittal on Thursday at noon from the White House.

Trump was accused of abusing his power by pressuring Ukraine to announce probes into former Vice President Joe Biden and his son Hunter, as well as a debunked conspiracy theory about interference in the 2016 election, while withholding nearly $400 million in congressionally appropriated military aid to the country.

Democrats say Trump was attempting to cheat in the 2020 election by coercing a foreign ally to smear his possible political opponent with the stain of a criminal probe. They also argue he obstructed Congress by refusing to hand over any documents in the House’s probe, and by pressuring potential witnesses not to comply. Trump denied any wrongdoing.

But with the outcome of the Senate trial all but certain since its first days, the suspense turned instead to an up-or-down vote late in the trial over whether or not to admit additional evidence, which only needed 51 votes to pass.

For several days, Washington hung on the words of a handful of moderate senators, both Democrats and Republicans, who have broken with their parties on previous votes.

Two Republicans voted with Democrats to admit additional evidence, Romney and Maine Sen. Susan Collins, but the measure was defeated. Unlike Romney, however, Collins ultimately voted to acquit Trump of the charges against him.

The last-minute announcement by moderate Democratic Sen. Joe Manchin of West Virginia that he would vote to convict on both counts came as a surprise on Capitol Hill.

Ultimately, only Democrats will be able to claim a “bipartisan vote,” having convinced Romney to cross party lines and vote to convict Trump on the first article.

In a statement to NBC, White House press secretary Stephanie Grisham hailed the outcome as a “full vindication and exoneration” for Trump.

“This entire effort by the Democrats was aimed at overturning the results of the 2016 election and interfering with the 2020 election,” Grisham said after slamming the Democrats who led the impeachment efforts — as well as Romney, referred to as a “failed Republican presidential candidate.”

“The President is pleased to put this latest chapter of shameful behavior by the Democrats in the past, and looks forward to continuing his work on behalf of the American people in 2020 and beyond,” Grisham said.

Trump is just the third president in U.S. history to face trial in the Senate on articles of impeachment.

Republicans have accused Democrats of searching for reasons to take Trump out of office from the moment he won the presidency in 2016 over Democratic nominee Hillary Clinton. But Democratic leaders did not always support impeaching Trump.

House Speaker Nancy Pelosi, D-Calif., had argued that it was exactly the kind of destined-to-fail attack Trump wanted in order to “solidify his base.” She resisted intense pressure from a growing coalition of Democrats to launch impeachment proceedings after a lengthy investigation led by special counsel Robert Mueller found numerous instances of potential obstruction of justice by Trump.

Mueller was probing Russia’s meddling in the 2016 presidential election, as well as possible coordination between the Kremlin and Trump’s campaign and possible obstruction of justice. He found insufficient evidence to support a conspiracy and declined to recommend any charges against Trump, kicking that decision over to Attorney General William Barr, who cleared the president.

But after a whistleblower’s bombshell complaint revealed that Trump pressured Ukraine President Volodymyr Zelenskiy in a July 25 phone call to “look into” his potential 2020 opponent former Vice President Joe Biden and his son Hunter, Pelosi launched an impeachment inquiry in the House.